Universities should have the right to implement their own forms of rules, guidelines, and punishments. If it is a religious-based school then they should have the opportunity to operate under religious constitutions and freedoms. If students sign this contract or attend this university, than they are aware of what they are agreeing to. Seems pretty straightforward and reasonable, right?
Well, unfortunately, this honor code can cause a mess of problems when it comes to unforeseen “consequences” of breaking this honor code. Although I am sure there are many such consequences of this, the one that’s causing the most headlines is rape. 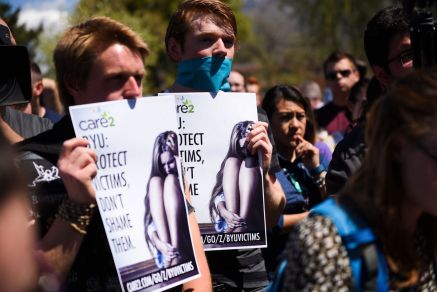 intervention for rape victims. Multiple students have come forward saying that when they went to the school about rape allegations, they were threatened with suspension or expulsion for violating the honor code.  Sophomore Madi Barny, who ended up drafting a petition to protest the honor code at Brigham Young University, is one of these many victims. One of her arguments is that the logic of the honor code says that if a victim hadn’t been drinking, hadn’t been in a male’s dorm room, or hadn’t been engaging in other sexual activities, perhaps the rape wouldn’t have occurred. Needless to say, I was horrified when I heard about these cases.
END_OF_DOCUMENT_TOKEN_TO_BE_REPLACED

Image is everything. And everywhere. Whether it’s on the internet or in magazines

(or anywhere else, to be honest), we are being told what it means to be beautiful. Yet America’s perception of beauty has changed throughout the years, and we’re having a hard time keeping up. For women, we are seeing airbrushed images of models with not much diversity. For men, we see chiseled chests and 8 packs with, again, not much diversity. The majority of the images we see do not reflect our population in America. Looking at the photo on the right, it’s clear to see that we are NOT being shown accurate representations. (Picture on the right depicts avg. woman size, avg. female model size).

*For those of you that are curious about men, the average weight and height for men is about 194 pounds and 5’9. The average male model is 150 pounds and 6’0.

The comparison of ourselves to these images can be incredibly dangerous – mentally and physically. So what can we do about it? Well, the body rEvolution at the Women’s Center has some ideas.
END_OF_DOCUMENT_TOKEN_TO_BE_REPLACED

I was 14 and thought that SNL was the peak of comedy, especially during presidential races. Although I was an avid McCain supporter at the time, I couldn’t help but laugh at the Palin skits. Everyone was raving about them and I had to be a part of the fun. 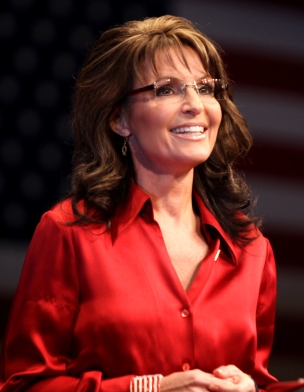 My mother, however, was not so amused. She tsked and snorted at every joke lobbed Palin’s way that challenged her intelligence and credibility. “I can’t stand how awful everyone is to her.” She finally complained.
“Did you see the t-shirts that were made about her?” My father asked.
“No, why?”
He sighed and said, “On the radio, they were talking about how a bunch of liberals are now wearing t-shirts that say ‘Sarah Palin is a
c-word… CONSERVATIVE.’”.

My mom gasped and shook her head. “Wow. Real nice.”
“I don’t get it.” I chimed in. “What are they actually referring to?”
Before my dad could respond, my mom snapped, “It’s one of the worst things you can call a woman.”
I was shocked. “Really? What is it?”
“I don’t even like saying it. No one should ever be called it.”
My dad finally pulled me to the side and informed me of the dreaded word. And I held very tightly to the idea that it was a word that should never be spoken.

I’m not really sure what made me change my mind within the past year or so—maybe it was exposure to it in music and writing. Maybe it was during a senior thesis about how quickly language changes and the power and influence that comes with these changes. Or maybe it was my gender communication courses that made me question why the nastiest insults are directed towards women.

What is it about that word that brings me (and many others) so much satisfaction, yet is still one of the most taboo words of today.
END_OF_DOCUMENT_TOKEN_TO_BE_REPLACED

By Sam Kennedy
Comedy is a male-dominated world. Samantha Bee acknowledges that in her very first sketch on her TV show, Full Frontal with Samantha Bee. In a room full of reporters, she is berated by the journalists asking her every variation of the question, “What’s it like to be a female comedian?” All female comedians will be asked this in some way or form during their career. If they’re lucky, they might even be told, “You’re pretty funny for female comic!” 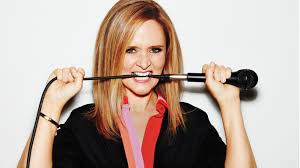 So Samantha Bee’s answer to these comments? “Witches.” Obviously, that’s how women are able to be funny AND successful. Through demonic ritual, blood sacrifice, and dark magic. There’s just no other answer.

Why is it so absurd for a woman to be successfully funny? Is it really that rare of a thing? The answer is, no. They unfortunately just don’t get as much publicity as their male counterparts, and are much more likely to receive harsher criticism and judgement. (Take a look at all of these controversies that have occurred throughout the years, if you don’t believe me.) Which is part of what makes Samantha Bee so damn good. If you watch Samantha Bee, you’ll know that she’s excellent at the comedy game. With a comedy news style mimicking that of Jon Stewart and Stephen Colbert, she finds the humor in the most exasperating and frustrating aspects of current events.
END_OF_DOCUMENT_TOKEN_TO_BE_REPLACED

I had been working at Subway for a month when Monster’s University came out. While other kids at McDonald’s were getting toys of Mike and Sully, Subway wanted to give a more useful gift, and we had a variety of cute, different colored draw-string bags that went with every kid’s meal. While I know I loved the toys I used to get at McDonald’s, I appreciated the bags because it meant I wouldn’t have to listen to little kids complain that they didn’t get the toy they wanted. However, that’s not to say these bags didn’t come with their own set of issues. Actually, only one issue: the color. Although it was never the kids that complained about it.

Each of my coworkers had a different method for distributing bags. Some would simply grab a bag at

random, and that was the bag they got. I had other coworkers though who were very adamant as to who got what bag. “Blue and green bags are for the boys, pink and purple bags are for the girls.” This made me bristle, especially when one of my coworkers would “correct” me in front of the customers. “You gave that little girl the wrong bag,” she would scold me. “Wrong bag” meaning a blue one, of course. It drove me nuts. But I didn’t know how to politely tell her that her insistence of assigning colors based on gender was… well, ridiculous.

END_OF_DOCUMENT_TOKEN_TO_BE_REPLACED

For those of you that don’t know- International Women’s Day is on Tuesday, March 8th. The University of Idaho’s Women’s Center would like to pay tribute by giving our readers a week of us celebrating what this day means to the world—and us as women—and highlight the accomplishments of feminists around the world. I will be starting this week off by applauding one of my favorite feminists: Eve Ensler. 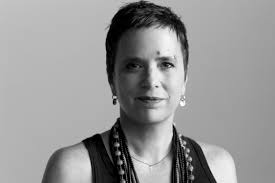 Eve Ensler’s most noted works is The Vagina Monologues, and 2016 is its 20th anniversary. For twenty years this play has touched the lives of many women, inspiring them to love themselves and their bodies. Even though this play was written 20 years ago, it is still prevalent in today’s world and Eve Ensler has not stopped her advocacy for feminism. She has created many different non-profit organizations like V-Day and One Billion Rising to raise awareness of violence against women, has written many different books and plays, and has even been a guest speaker on TEDTalks a number of times.
END_OF_DOCUMENT_TOKEN_TO_BE_REPLACED

I’m not a Taylor Swift fan. I never have been, and I doubt I ever will be.

Don’t get me wrong- I admire her. A self-made woman who has stayed relatively true to herself over the last ten years while in the spotlight? N

ot an easy task. But let’s be honest- when it comes to revolutionary sound and lyrics, Taylor is pretty bland. Not that that’s a bad thing! We’ve all got our favorite songs to listen to on the radio. I personally have belted out “We are never, ever getting back together” with such drunken ferocity you would think it was me who dated Harry Styles.  But Taylor Swift is just another pretty white face in a sea of more pretty white faces that run the pop industry with cookie-cutter music and overused hooks. She’s fun, not revolutionary. And that’s the best way I can describe her feminism as well, including her winning speech at the 2016 Grammys.
END_OF_DOCUMENT_TOKEN_TO_BE_REPLACED

“He’s just teasing you.”
“That’s just how boys are.”
“Don’t let him get to you.”
Is it any wonder women stay in abusive relationships? From an early age young women are told that if boys are mean to you, that means they like you.
Now, an abusive relationship may seem like quite a conclusion to jump to based off of how children act towards one another in regards to crushes and flirting. Allow me to elaborate though through two scenarios:
END_OF_DOCUMENT_TOKEN_TO_BE_REPLACED